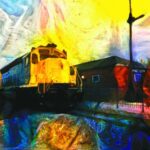 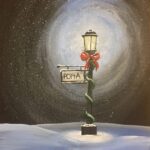 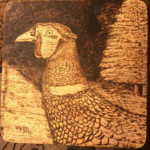 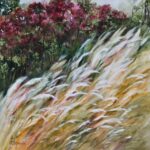 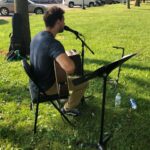 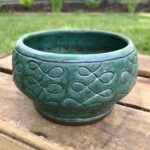 July 18, 2019 By Art Center Admin
This month on display at the Pine Center for the Arts you’ll find art work from two local community members.  Mike Gainor returns with his ‘Digital Mischief’ images, presented alongside the beautiful wood artistry of Bob Haedt.  If you have not yet had the opportunity to view the exhibit, this Saturday, July 20th would be a great time to drop in!  Open from 9am – 3pm, the Pine Center for the Arts will celebrate their 10th Anniversary with cake and coffee…. along with great conversation, a used book sale and more! Gainor will also be launching an extension of his ‘Digital Mischief’ exhibit through a special collaborative project with the Pine City Heritage Players as part of their weekend performances for ‘Into the Woods’, performing July 18, 19 & 20 at 7:00 PM and July 21 at 2:00 PM.  Gainor shared some background information on this special exhibit:

In April, the Heritage Players approached the Pine Center for the Arts with interest in collaborating to put up an art show with a similar theme for their summer production. Gainor would be the featured artist for the July exhibit for the Art Center, so he was the obvious choice to simply expand his exhibit for a second location. Did he have any art that might fit?

I didn’t, not really. With the ‘Digital Mischief’ art I’ve been making since 2015, nearly everything starts with my own photographs. But I’ve always loved the weirdness and power of these folktales and the idea grabbed my imagination. A little research led to  a digital treasure trove from the New York Public Library – high-quality scans of the original illustrations from the 1912 German edition of the Brothers Grimm, offered to the public free to download and clear of any copyright. And those illustrations by Phillip Grot Johan, Robert Anton Leinweber and Ludwig Beckmann were incredible, as you can see in the original versions of their work included here.

In the book “Steal Like an Artist,” by Austin Kleon, there’s a great quote by Mark Twain. Twain said: “It is better to take what does not belong to you than to let it lie around neglected.”

So I started to experiment with these images, and the results are what you see. Sometimes it enhanced something inspiring about the original illustration. Sometimes it ended up heading in an very different direction.

It was, frankly, a joy working on these images. It was fascinating and thrilling to take these tools I’d learned to use and deploy them in a very different way to interpret, adapt and reimagine these strange and beautiful illustrations.

Folktales are about upsetting the natural order of things and then finding lessons in that disruption. They can be sweet, funny, moving and disturbing – often all at the same time. And they are endlessly compelling. We tell these stories over and over. We can analyze them and try to describe what they mean and why they are important. But there’s still a mystery to them. We will never get to the bottom of that mystery, and that’s exactly as it should be.

Pine Center for the Arts 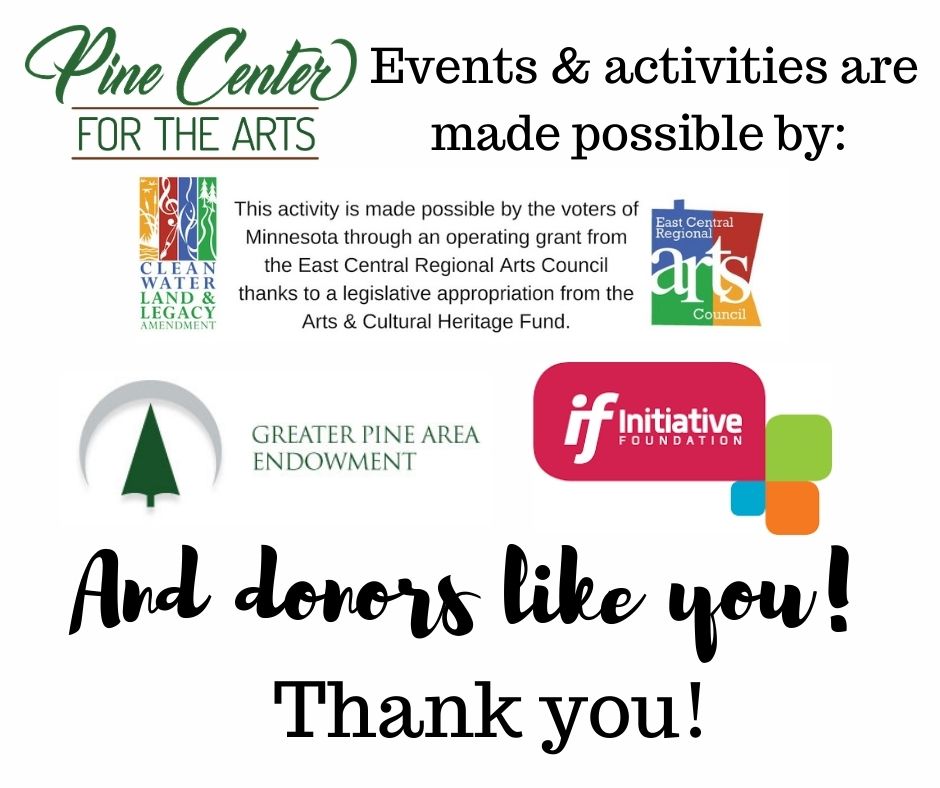